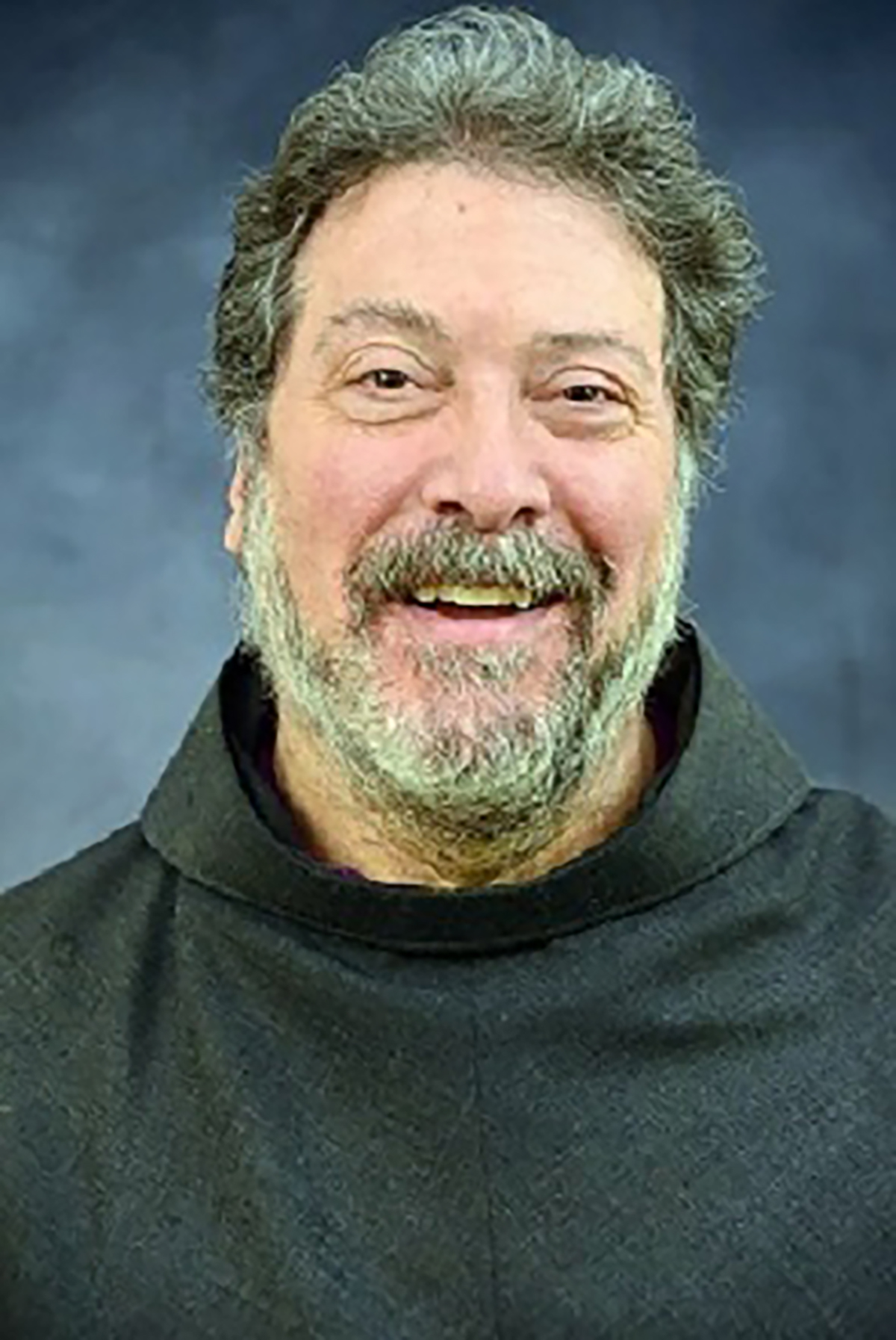 Sharing the Healing Joy of the Holy Spirit

Franciscan Friar John Raphael Hadnagy lived with an openness to the gifts of the Holy Spirit, which poured forth in his singing, preaching, and ministry to those suffering physical and spiritual pain. The joy in his gentle manner helped give people a sense of God’s love for them.

Friar JR died on June 14, 2022, in Harrodsburg, Kentucky. He was born John Edward Hadnagy to Joseph C. (Sr.) and Catherine (Lomanto) Hadnagy on February 28, 1959, in Portsmouth, Virginia. He was predeceased by his parents and a nephew. He is survived by his brothers Joseph C. Hadnagy Jr. and Michael J. Hadnagy II, his sister Michele Humphreys, and five nieces.

He received an undergraduate degree in Vocal Performance and Philosophy from St. Louis University, and a Master’s Degree in Divinity from the Washington Theological Union. He professed Simple Vows in the Order of Friars Minor Conventual on August 3, 1985, and Solemn vows on July 27, 1988. He was ordained to the priesthood on October 6, 1990, at Our Lady of Angels Catholic Church in Woodbridge, Virginia. He served in pastoral ministry throughout the Midwest: in Michigan, Ohio, Indiana, and Kentucky.

“Fr. JR had a warm personality and was especially effective in ministering to the sick,” a Friar said. “His Healing Masses always drew a crowd. His preaching was engaging, and his singing voice was beautiful.”

While his Healing Masses were very popular, and many people received relief from physical and spiritual distress, Friar JR was adamant that he was only the celebrant – Jesus Christ was the Healer.

“He was a really good preacher, although I don’t know how much formal preparation he did,” another Friar said. “That openness to the Holy Spirit really worked for him. He was one of those people who could get up and get going. Also, he had many physical challenges in his own life and that was a significant part of his own prayer. In that way he was able to identify with people’s need for healing.”

Friar JR’s dedication to those touched by his ministries was well-known, but he was equally devoted to his own family and their needs – not only at weddings and baptisms, but also during difficult times. He especially enjoyed his vacations with groups of family and friends.

“He was everything to us,” said his sister, Michele. “He was a great influence, our center, and our rock, especially in the bad times. How we navigate without him is going to be very difficult. But he served his people very well. He touched people’s lives in a unique way, especially when they needed someone to help them back onto a spiritual path, they felt they had fallen away from. There has been an outpouring of care we have received from people we don’t even know.”

A Funeral Mass for Friar JR will be held at 11 a.m., on Thursday, June 23, at St. Andrew Catholic Church in Harrodsburg, Kentucky. Visitation will take place that same morning from 10 until 11. A Wake Service will be held at 7 p.m., on Friday, June 24, in the Chapel at Mount St. Francis, Indiana, followed by a Mass of Christian Burial the next morning, Saturday, June 25, at 11 a.m., with interment following the Mass. Memorial gifts may be sent to the Province of Our Lady of Consolation, Office of Mission Advancement, 103 St. Francis Blvd., Mount St. Francis Indiana 47146. For more details and pictures of Friar JR’s life and service, please visit the province website: franciscansusa.org