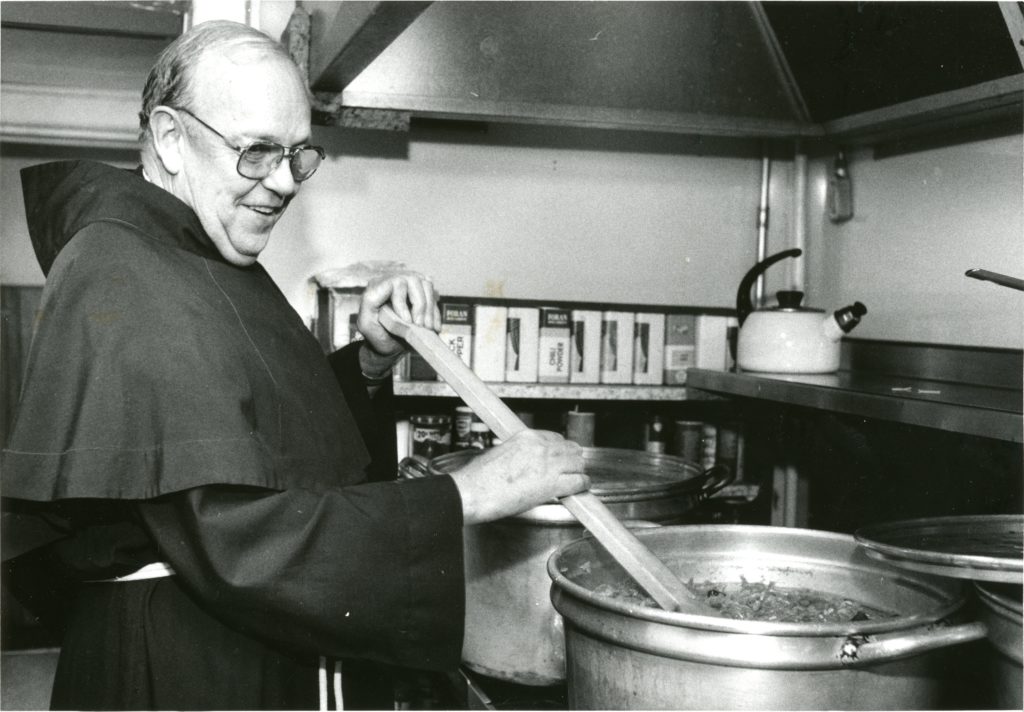 The Franciscan Kitchen (named the Franciscan Shelter House until January 2012) was founded in 1980 by Friar Jim Fields. While serving in the U.S. Navy Seabees on Okinawa during World War II, he saw poor people searching in the garbage for food. That experience affected him for the rest of his life.

In 1951, Br. Jim joined the Conventual Franciscan Friars and took solemn vows in 1956. After several assignments, he moved to St. Anthony Friary in Louisville, Kentucky. He began to construct a plan to feed the hungry and homeless in the area.

January 5, 1980, he opened the Franciscan Shelter House, serving only seven meals that first day. Many thousands of meals had been served and lives touched when Br. Jim completed his work here and returned home to Our Father on January 24, 1998.

Originally, Br. Jim planned to use some rooms to shelter the homeless as well as feed them. However, the rooms did not meet the city’s legal codes, so the shelter aspect did not materialize even though the name remained Shelter House.

Originally, Br. Jim planned to use some rooms to shelter the homeless as well as feed them. However, the rooms did not meet the city’s legal codes, so the shelter aspect did not materialize even though the name remained Shelter House.

Today the work of feeding the hungry continues through the dedication and hard work of a small staff and more than 100 volunteers. It is not unusual for the number of meals served to average over 400 each day.

January 11, 2012, Father Pius Poff, OFM Conv. (who helped Br. Jim find the original building for the ‘Shelter House’) made the motion to the Board of Directors to rename the Franciscan Shelter House the “Franciscan Kitchen.” The Board voted unanimously for the name change. Click here to visit their new website at franciscankitchen.org

Tremendous impact for over 40 years!

Friars who have served

In February, we celebrated four decades of feeding the hungry throughout the Louisville, KY community at the 40th Anniversary of the Franciscan Kitchen (formerly Franciscan Shelter House).
Friar James Fields began a ministry intent on helping those in need and fed seven meals the first day they served lunch at the shelter house. Inspired by Brother Jim’s compassion, an extraordinary group of generous volunteers(including at least one of our friars most days) carry on his ministry, serving on average 400 meals daily. It, like many of our friar’s ministries, started small and was nurtured by the friars and their supporters. Now fully matured, it supports itself and works as its own, individual, organization.

The celebration included a citation of appreciation from State Representative Attica Scott and the Kentucky House of Representatives, the dedication and blessing of the dining room in memory of Brother Jim, and shared memories with those who have volunteered over the years. What an honor and a privilege to serve those in need then, now, and in the future. 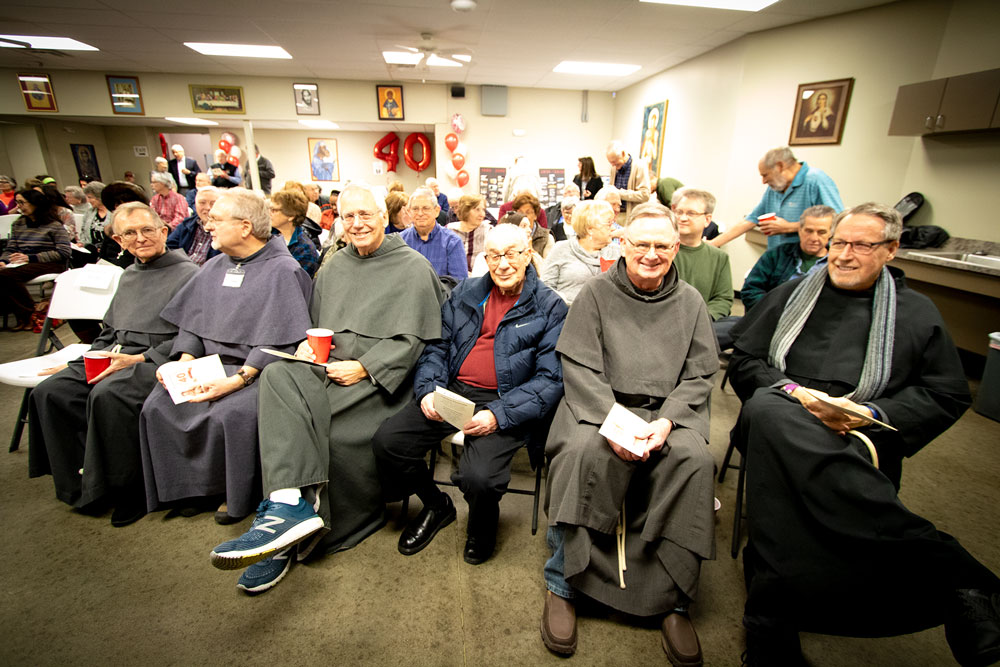