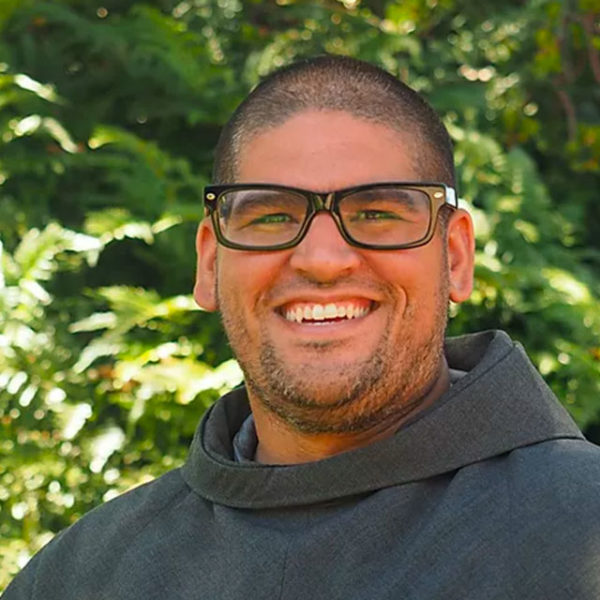 Born in Honolulu, Hawaii, but raised most of his life in Nashville, Tennessee, Joshua became interested in religious life in the United States Air Force. At first, interested in Benedictine monastic life, he discovered the Conventual Franciscans through the Mount St Francis website. After being admitted, Joshua was sent to Chicago for his year in postulancy, then to Arroyo Grande, California, for his novitiate year and now lives in San Antonio, Texas. Since coming into the order, Joshua has worked at various soup kitchens, religious education programs and even volunteered at a hospital. He is currently studying to get a bachelor’s in music and ministers at St Bonaventure Church, where he participates in religious education. Joshua has an extreme love for film and a gift for playing the piano.