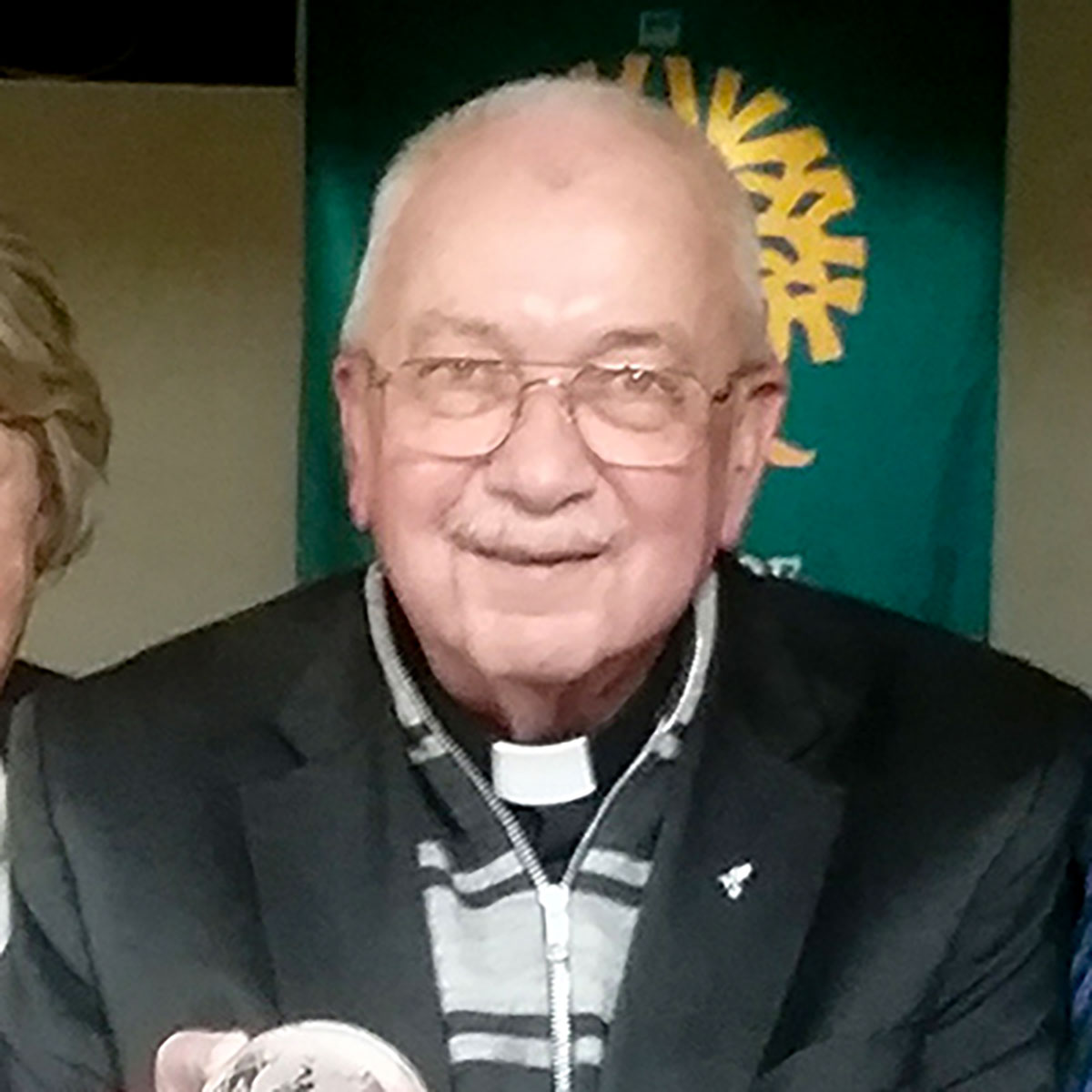 Father Conrad hails from Toledo, Ohio. He was introduced to the friars at Central Catholic High School, where the friars taught him theology.

He entered the community as a Brother and served in many different ministries. His first was as a cook, and chief dishwasher, of the newly opened Franciscan Retreat ministry. Soon after, he assisted in the Vocation Office at Mount Saint Francis and where he also sold Vatican stamps to stamp collectors. From Mount Saint Francis Vocations to Terra Haute, IN, he assisted the Pastor at St. Joseph Parish before returning to Franciscan Retreats, where he served as the business manager and helped with youth programs. A planned 1-year stop in St. Louis turned into ten as he completed his BA in theory and assisted candidates entering the community as a member of the formation team at St. Louis Friary.

One of his most remarkable experiences was directing his first retreat soon after he went to Carey, OH, to minister at the retreat center. It was there the Lord reminded him of something he had written in his journal many years earlier. It was a dream he had yet to complete, a call to the priesthood.

Soon after he was ordained a Deacon and completed his Deacon internship in St. Louis, MO. Then, finally realized his dream of being ordained in May of 1993 at Our Lady of Consolation. Since then, he helped serve at many parishes through the Province before serving in ministry as Chaplin at Norton Hospital in Auburn. For him, it was a grace-filled time being with those who were most in need of God’s healing, love, and compassion. During that time, he also acted as sacramental moderate at St. Augustine and St. Martin de Porres in Louisville, KY. While serving those more impoverished communities, he always felt blessed and the Spirit of God working. Those communities filled him with a LOVE OF God that he carries with him always.

He carried that spirit to London, KY, while assisting Bishop John Stowe OFM Conv. in London, KY, and passes it forth where he ministers currently at Transfiguration Parish in Upper Sandusky, OH and St. Peter’s School and St. Mary’s Chapel in Kirby, OH.