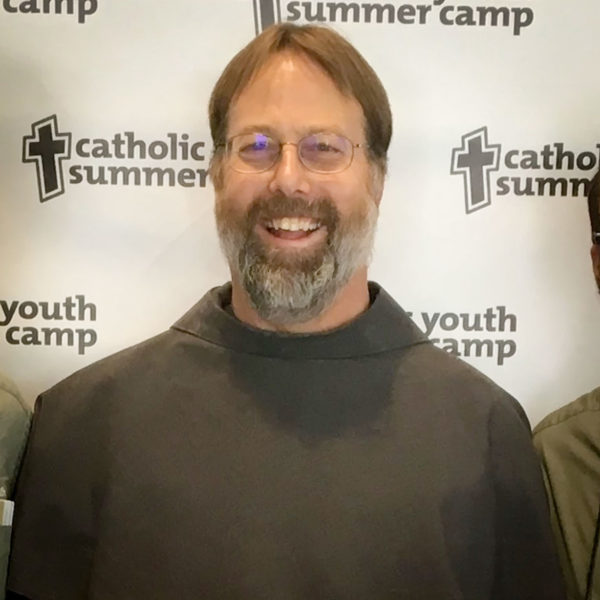 Friar John Bamman is originally from Toledo, OH, and is a proud Buckeye who avidly follows the Scarlet and Gray.  His solemn profession was made on August 8, 2008, at the Basilica and National Shrine of Our Lady of Consolation, Carey, OH.  The Basilica of Our Lady is a recurrent theme of Friar John’s vocation.  He met the friars at 17 years old on a Teens Encounter Christ retreat.  At the same location, Friar John was fortunate enough to be ordained on October 30, 2009, under the mantle of Our Lady of Consolation.  Friar John now serves the pilgrims and community living near Our Lady’s Basilica as the Associate Pastor since 2019.

The friars have stretched the horizons of Friar John’s experience with an exotic opportunity to study Spanish in Costa Rica for 7 months and immerse himself in Latino Ministry.  Working together with friars from around the world on initiatives like “Brothers Beyond Borders” and a study pilgrimage to Assisi were two invigorating fraternal gatherings.  Brothers chasing after the same founder, Saint Francis, share so much in common.  When friars gather together it is better than any family reunion.  From 1985-89 Friar John studied at The Ohio State University and received a Bachelor’s degree in Natural Resources, and from 1992-96 he received a Masters in Pastoral Study from Seattle University,  and from 2006-2010 he studied for the priesthood at Oblate School of Theology, Washington Theological Union, and St Thomas School of Divinity.  His first assignment was in Terre Haute, IN at St. Joseph University Parish as an Associate Pastor from 2009-2014, then he served 6 years as Vocation Director, and now he calls home to Carey, OH at Our Lady of Consolation parish.  One hobby Friar John is mastering is communicating in Mandarin.  Maybe he will visit the friars in China someday?