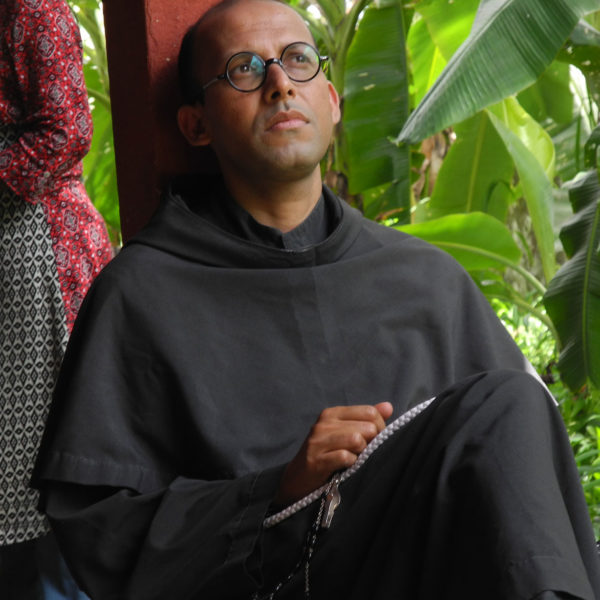 Fr. John hails from Kerala, India. He met a Franciscan at the age of sixteen in the religious class, and he fell in love with Franciscans. Fr. John attended minor seminary at Nirmalaram Minor seminary in Kerala. He professed Solemn Vows in 2000 and was ordained in 2001. He earned his bachelor’s degree in Philosophy and Theology from the Pontifical Faculty of St. Joseph Seminary, Managalapuzha, Kerala. He obtained Masters in Literature in 2007.  And in 2020, he completed his Doctorate in Theology from Louisville Presbyterian Seminary, Kentucky.

In addition to his work at Bellarmine University, he has also been involved in giving students a global perspective by teaching in IDC and Theology departments and taking students to visit India to learn about culture and religions. Fr. John is known for his hospitality and kindness. He won Bellarmine’s Hospitality Award 2016.