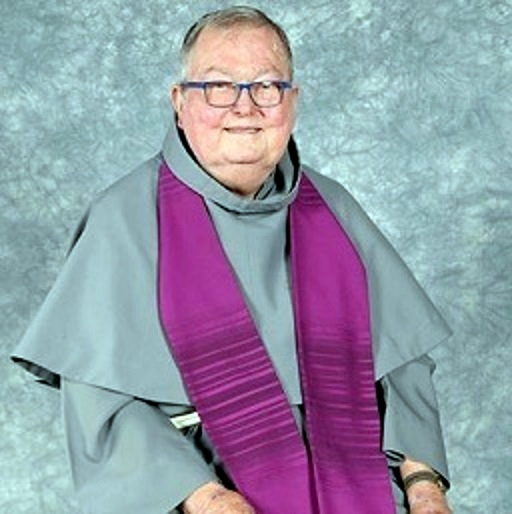 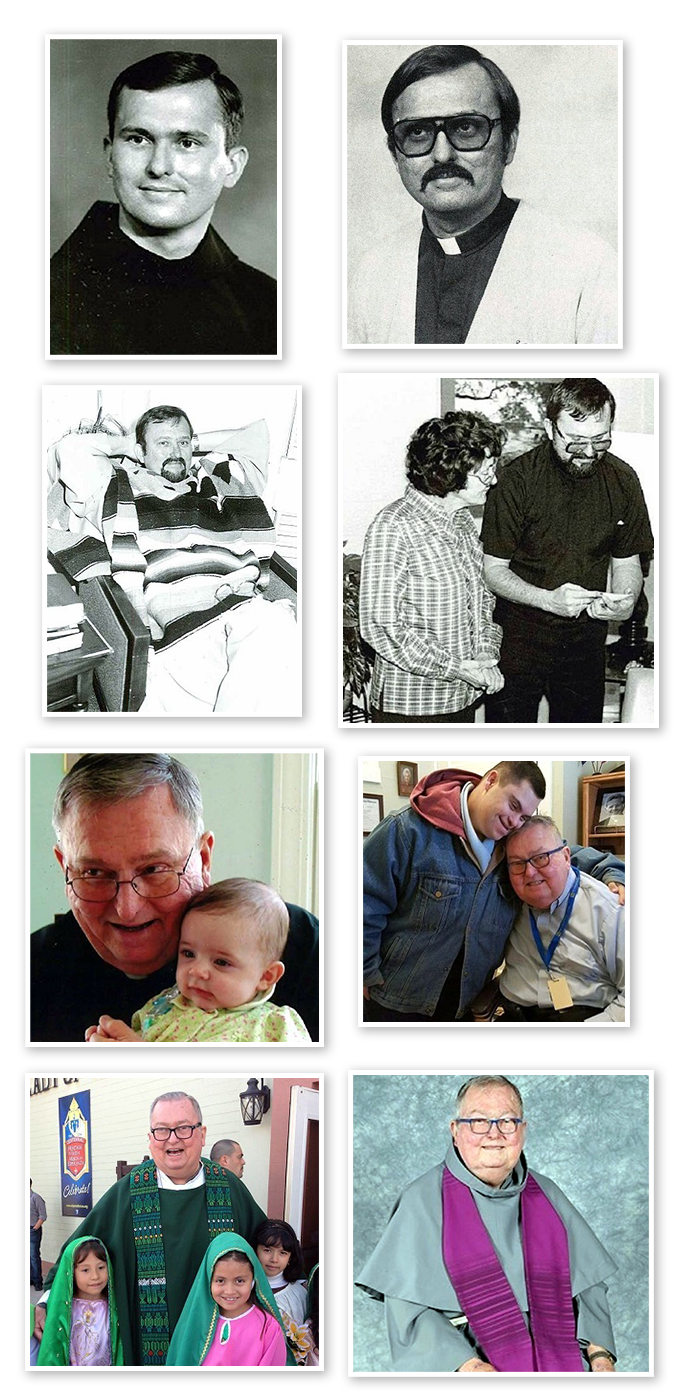 For Franciscan Friar John Curran, an early love of words and language blossomed into a life of service to those who struggle to be understood or hear the Good News of God’s Eternal Word. He spent 35 years of his ministry in the southwestern United States, bringing his gifts to the people and immersing himself in their language and culture.

Friar John Curran OFM Conv. died on April 28, 2022, in New Albany, Indiana. He was born John William Curran to John Leonard and Helen Elizabeth (Doerr) Curran on May 2, 1941. He was predeceased by his parents. After graduating from St. Xavier High School and Bellarmine College in Louisville, Kentucky, he entered the Order of Friars Minor Conventual in 1965. He professed Simple Vows on July 15, 1967, and Solemn Vows on October 3, 1970. He attended Assumption Seminary in Chaska, Minnesota, and was ordained to the priesthood on March 13, 1971, at St. Anthony Church in Louisville.

Friar John taught at the Friars’ minor seminary at Mount Saint Francis, Indiana, then was assigned to pastoral ministry in the southwestern US. From 1974 until 2001, he served in parishes in New Mexico and Texas. He spent a decade serving in Louisville and southern Indiana before being assigned again to El Paso, Texas in 2010. For health reasons, he returned to Mount Saint Francis in 2018.

“John Curran was a man of many interests – even eccentricities,” a Friar said. “But he had a special affinity for the French language. Even dedicating most of his life’s service to the Latino population, he never missed an opportunity to read, pray, study, and speak French. He also shared deeply in the cross of Jesus through a variety of illnesses throughout his life, borne with a great spirit of faith.”

In later years, Friar John even tried to learn the Vietnamese language in case he had the opportunity to work with Friars and immigrants from Vietnam. A Friar said that, along with his studies, Friar John was a voracious reader who would have more than one book going at a time. Absentmindedly, he would leave them lying all over the house, until the Friars he lived with began to hide them. He quickly learned.

A Friar said: “He kept his mind busy, always trying to learn this and learn that, even working on his computer skills so he could share Scripture reflections with his friends and Friars across the country. John was a good person, always with good intentions – even if some of them may not have been practical.”

Friar John had a great sense of humor and a ready laugh, even at his own expense. He had a love of music, played the piano very well, and tried his hand at playing the guitar and accordion.

A Wake Service for Friar John will be held at 7 pm on Monday, May 2, in the Chapel at Mount St. Francis, Indiana. His Funeral Mass will take place the next morning, Tuesday, May 3, at 11 am. Memorial gifts may be sent to the Province of Our Lady of Consolation, Office of Mission Advancement, 103 St. Francis Blvd., Mount St. Francis Indiana 47146 or submitted through the form on this page.