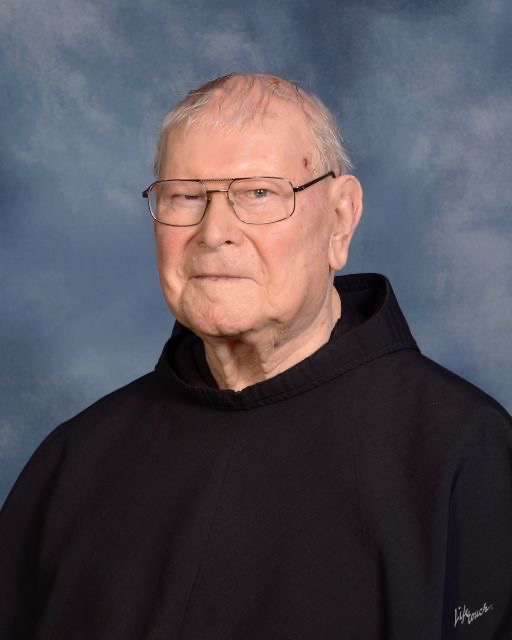 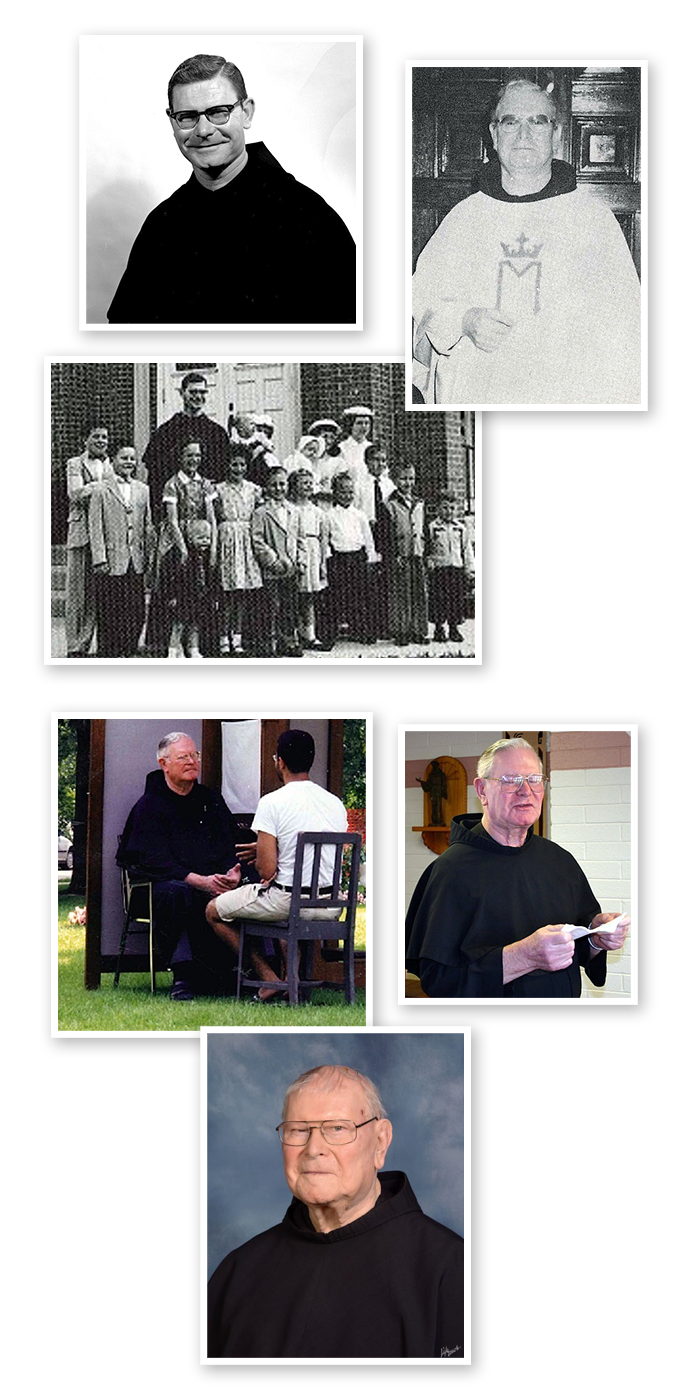 Raised on a farm in northwest Ohio, Franciscan Friar Wilfrid Logsdon’s great size and strength were outweighed by his gentle nature and the compassion with which he served. Hearing of Friar Wilfrid’s death, a member of St. Paul’s Chapel (Clear Lake, Indiana) said: “He had the big hands, strong arms, and broad shoulders of a farm boy – and he would let you lean on them.”

Friar Wilfrid Logsdon OFM Conv. died on March 3, 2022, at the friars’ residence in Angola, Indiana. He was born Clarence Wilfrid Logsdon to Wilfrid and Emma (Reinhart) Logsdon on August 25, 1932, in Salem Township, Ohio. He was predeceased by his parents and his brothers Eugene, Edmund, James, Herman, Harold, Patrick, Lawrence, and Joseph, and by his sister Elizabeth Powell.

After graduating from minor seminary at Mount St. Francis, Indiana, in 1950, he professed Simple Vows on July 6, 1951, and Solemn Vows on July 11, 1955. He was ordained a priest on February 22, 1959, at St. Paul Cathedral (Minnesota). Although Friar Wilfrid served mostly in parish ministry, he also provided service as a chaplain in hospitals and correctional facilities. Over the years his ministry took him to Illinois, Ohio, Kentucky, Wisconsin, Michigan, Nebraska, Indiana, and Georgia.

“He was the quintessential good parish priest, and the easiest to work with,” one Friar said. “He did everything from hospital visits to parish council meetings, whatever needed to be done. He was also a delight to live with. He could do anything around the house. But more than that, he was a role model of what a good Franciscan ought to be: a hard worker who was sensitive and very caring to those he served.”

“If I had to describe Wilfrid in one word, it would be ‘sweet,’” another Friar said. “I knew him for almost 70 years, and lived with him for more than 20, and in all that time, we never once had an argument, not because he always agreed with me, but because being right, being better, winning – these were not important to Wilfrid. Being a brother, that was important. Listening was much more important to him than winning.”

Despite a long battle with cancer in his later years, Friar Wilfrid continued his service, even going to the hospital to anoint a dying parishioner only two days before he lost consciousness. Remarking about this final act of devotion, a parishioner said: “He grew up knowing that if you didn’t get up at 4:00am to take care of the animals, a calf might die. He got to the hospital because that’s what you do.”

“Wilfrid really was an example for all of us in his manner of living and responding to different situations – what St. Francis would have wanted,” a Friar said. “He was always thinking of someone other than himself.”

Visitation will be held at St. Anthony of Padua Parish in Angola, Indiana, on Thursday, March 10 from 5-6:30 pm, followed by Requiem Vespers. A funeral Mass will be at St. Anthony on Saturday, March 12, at 11 am. A second funeral Mass will be celebrated on Saturday, March 26, at 11 am at the Basilica and National Shrine of Our Lady of Consolation in Carey, Ohio. Arrangements for the interment are pending. Memorial gifts may be sent to the Province of Our Lady of Consolation, Office of Mission Advancement, 103 St. Francis Blvd., Mount St. Francis Indiana 47146. For more details and pictures of Friar Wilfrid’s life and service, please visit the Province website: franciscansusa.org