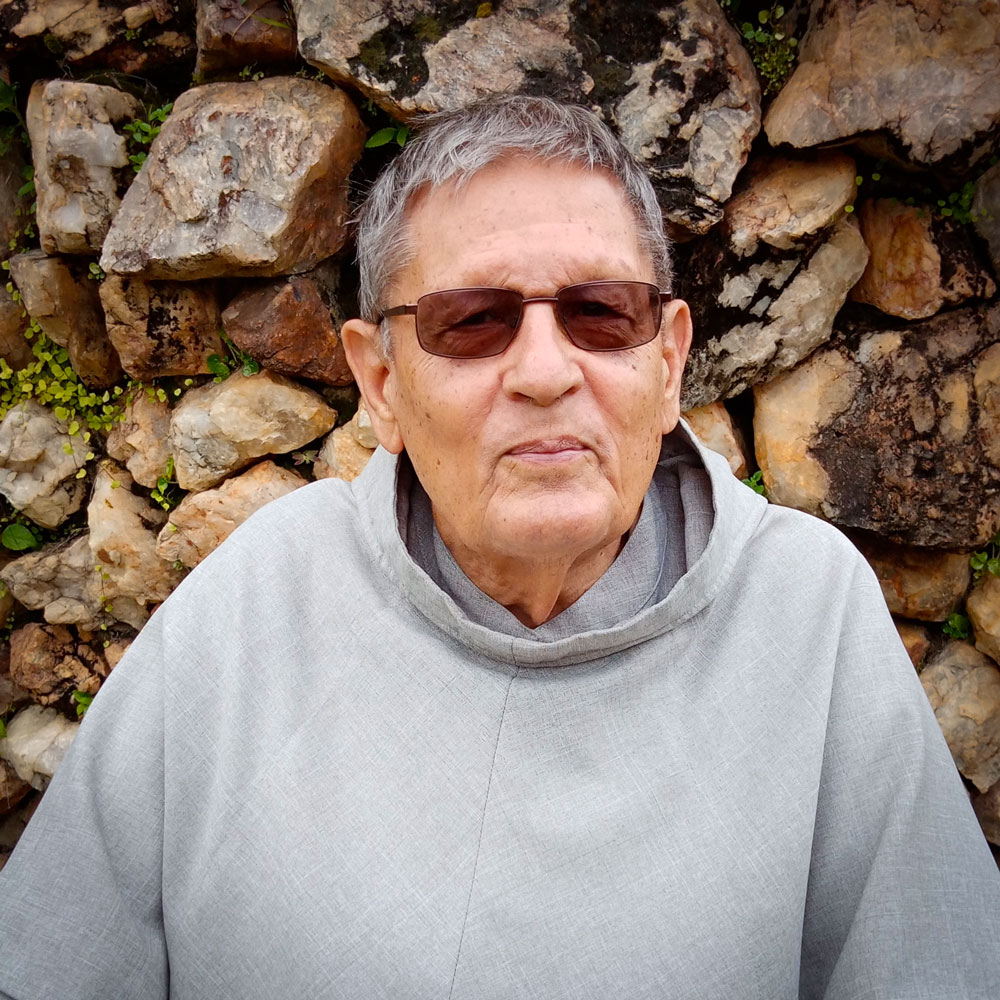 Brother Tony was privileged to have been born and begin his education within the Franciscan charism of Our Lady of Consolation Shrine in Carey, Ohio. 1951 saw him entering Mt. St. Francis Seminary with the desire to become a Franciscan Brother.

Following his novitiate and first vows, he requested to be sent as a missionary to Northern Rhodesia and dedicate his life to serving the underdeveloped people. He was, however, appointed to manage the big dairy farm at our major seminary in Chaska, MN.

Finally, nine years later, he was granted his desire to serve in the newly independent country of Zambia. In April 1965, stepping off the plane, he was wearing a black suit and collar, which he put aside and never wore again. He was assigned to the most far-reaching rural mission, only 2 miles from the Angola border. He spent the next 12 years teaching in our Franciscan school while helping the people socially to improve their lives.

The Zambian Bishop, in 1977, asked him to study Integral Development in Ireland. On his return, a massive malnutrition crisis broke out with 10,000 refugees crossing the Zambian border from the Angola war. Working with United Nations, he helped the people dig hundreds of fishponds for a long-term solution to their hunger.
Immediately after the refugee crisis, the Bishop again asked him to work with the United Nations at the heat of the Rhodesian war. Three thousand five hundred high school boys had been abducted and brought up to Solwezi and hidden in the bush, likely, to be trained as soldiers. Being given only three meals a week, the boys were starving. Traveling to neighboring countries to find tents and food was an exhausting and heart-rending ministry. Months later, the boys felt the joy of one meal a day and sleeping in a tent. When the war was over in 1980, it was his privilege to escort the boys back to their newly independent country of Zimbabwe.

He, however, found himself so drained and in a state of spiritual and physical burnout that he was granted a year of sabbatical at St. Louis University and summer school at St. Bonaventure University, where he learned Franciscan Formation. On return to Zambia, he served in the Franciscan Formation House, forming pre-novitiate postulants.

Thirteen years later, Bro. Tony transferred to Garneton, Kitwe. Together with Fr. Juniper Cummings, he identified hundreds of poor village children begging for education. His vision challenged him to build them a school. The school grew fast from a Community School to a Secondary High School. It continued to expand and grow in academic excellence. Today over 600 Secondary students are being taught by 49 trained teachers led by three Franciscan friars. The school continues to excel at this writing in 2021.