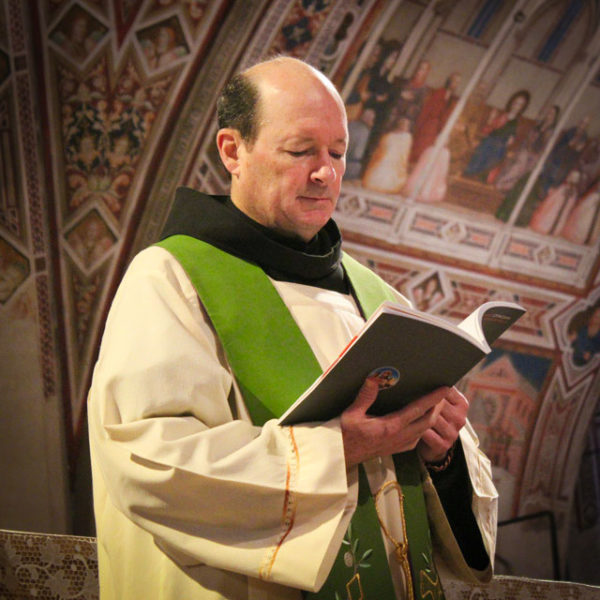 Fr. Jim Kent was raised in Columbus, Indiana, though his family lived in various states. He attended Mount St. Francis for high school and soon after took a twelve-year break from the friars. He earned a BA in Mass Communications/English/Education and a MA in English with a secondary concentration in Journalism. After working for a few years, he rejoined the friars in 1984. He received a MA in Theology with a concentration in Church History, professed his Solemn Vows in 1990, and was ordained a priest in 1991. Fr. Jim served in parish ministry for three years at St. Anthony, Clarksville, IN, which included an additional focus on youth ministry. Fr. Jim would later be given the St. John Bosco Award for his work with youth, an honor ordinarily only given to laypeople. He spent thirteen years as the province’s Director of Vocations and continued giving youth and young adult retreats. For some years, he served on the National Religious Vocation Conference’s editorial board. He also wrote numerous articles for a variety of publications and in 2012 was awarded the Catholic Press Association’s best book review of the year. From 2007-2018 Fr. Jim was the Minister Provincial. During these years, he focused on the fraternity of the friars, communications, outreach to our benefactors, improved facilities, and greater collaboration with the friars in Central America, Zambia, and India. He is now on the retreat team at Franciscan Retreats and Spirituality Center in Prior Lake, MN, and is busy writing short stories.