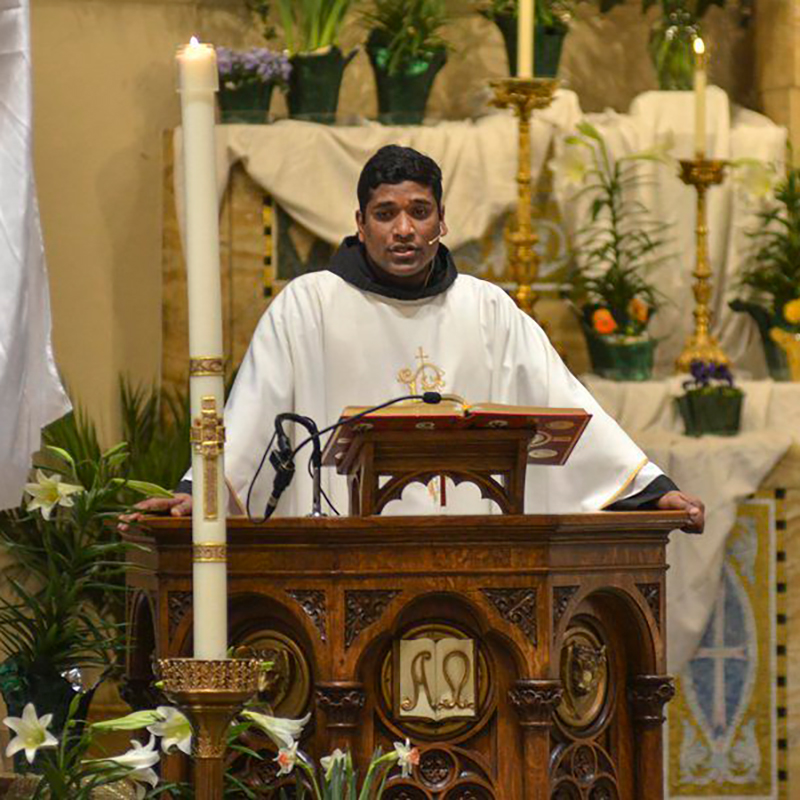 Friar Savio Manavalan is originally from Kerala, India. The present provincial House of St. Maximilian Kolbe Province, India, is close to his grandma’s house and he has a cousin who is also a Friar. Friar Savio began his journey with the Order in 2001 and began his minor seminary the same year at Nirmalaram Franciscan Ashram, Chotty, Kerala, India. He professed his Solemn Vows in 2012 and was ordained in 2013. He earned his bachelor’s degree both in Philosophy and Theology from Pontifical Institute of Philosophy and Theology, Mangalapuzha, Kerala, India.

After his Ordination, he served in the Novitiate house of the Indian Province in Ooty, Tamilnadu as a member while he was getting ready to come to the USA. He arrived in the USA in December of 2014 and started a course on American English accent for six months at Indiana State University. After his studies at the university, he started to serve as Associate Pastor at St. Joseph University Parish, Terre Haute, Indiana. Now for the past two years, he is serving there as the Pastor. People call him a smiling Friar.