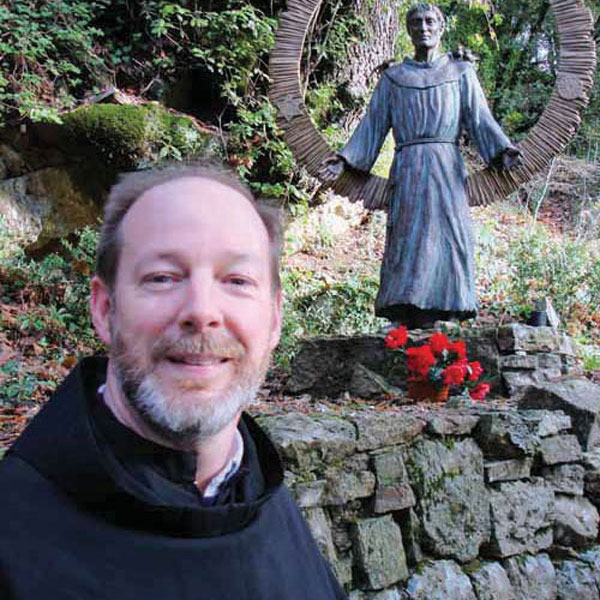 Originally from Minnetonka, Minnesota where Fr. Steve graduated from high school in 1973. He was familiar in his youth with the friars at the seminary in Chaska and the retreat house in Prior Lake. He professed solemn vows in 1981 and was ordained in 2002. He earned his BA in Philosophy and Arts in 1981, a MA in Franciscan Studies in 1983, and a bachelor degree in theology from the Pontifical Faculty of St. Bonaventure (the Seraphicum) in Rome in 1988, and his License and Doctorate in Theology from the Gregorian University (S.J.) in 1992.

Fr. Steve has served in the world of university education from 1992 to 2000 at the University of Saint Louis and other education centers in Saint Louis. From 2000 to the present, he has served as an associate professor of theology at the University of Saint Thomas in Saint Paul, MN. He served as acting director of the Engaging Islam program from 2018 to 2020 at Saint Thomas and has been actively engaged in the Christian-Muslim dialogue in the Twin Cities since 2000.

In the area of scholarship, Fr. Steve is currently researching and writing on the topic of the resurrection of Jesus in late medieval Franciscan theology, spirituality, and preaching. He recently published a book entitled The Glory of Paradise: Risen Life in the Easter Octave Sermons of Bernardino da Siena (Tau Press, 2016). He is in the process of publishing a book on Mary Magdalene as the main biblical resurrection witness to Jesus’ resurrection. He continues to work on the medieval Easter sermons, literature, and art of medieval Franciscan tradition regarding the resurrection.

Other fun facts about Fr. Steve: he spends many weekends serving local parishes in the Minneapolis area. He enjoys going to Italy, especially with adult pilgrims and students. He still plays “old man” hockey once a week to keep in shape to do Franciscan pilgrimage programs. He loves immensely the beauty of nature in Minnesota and especially at the Franciscan Retreat and Spirituality Center where he feeds the birds, deer, and squirrels of the area.