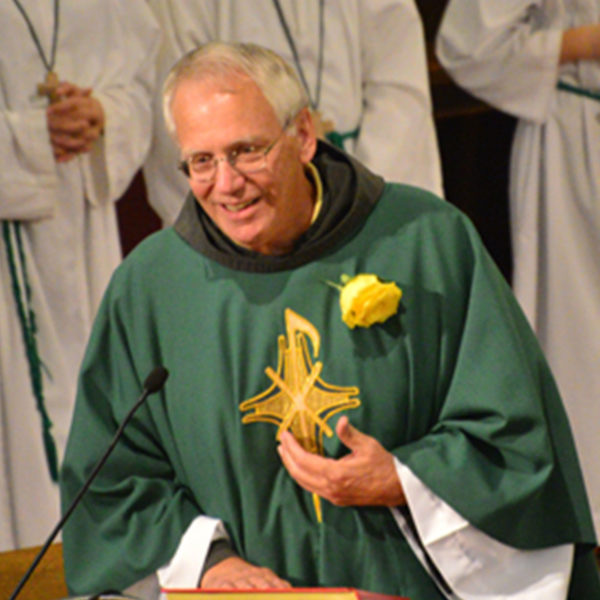 He has taught thousands of undergraduate and graduate students, directed dissertations, engaged in theological and historical research into the Franciscan tradition, and served in academic administration.  In addition to his work at Saint Louis University, he served as Minister Provincial (the first time) from 1988 to 1994.  His second-round began in 2018.  As was said best by former Minister Provincial Fr. Jim Kent, “Although he has a great reputation as a scholar and teacher, Fr. Wayne is known more for his heart than his head.”