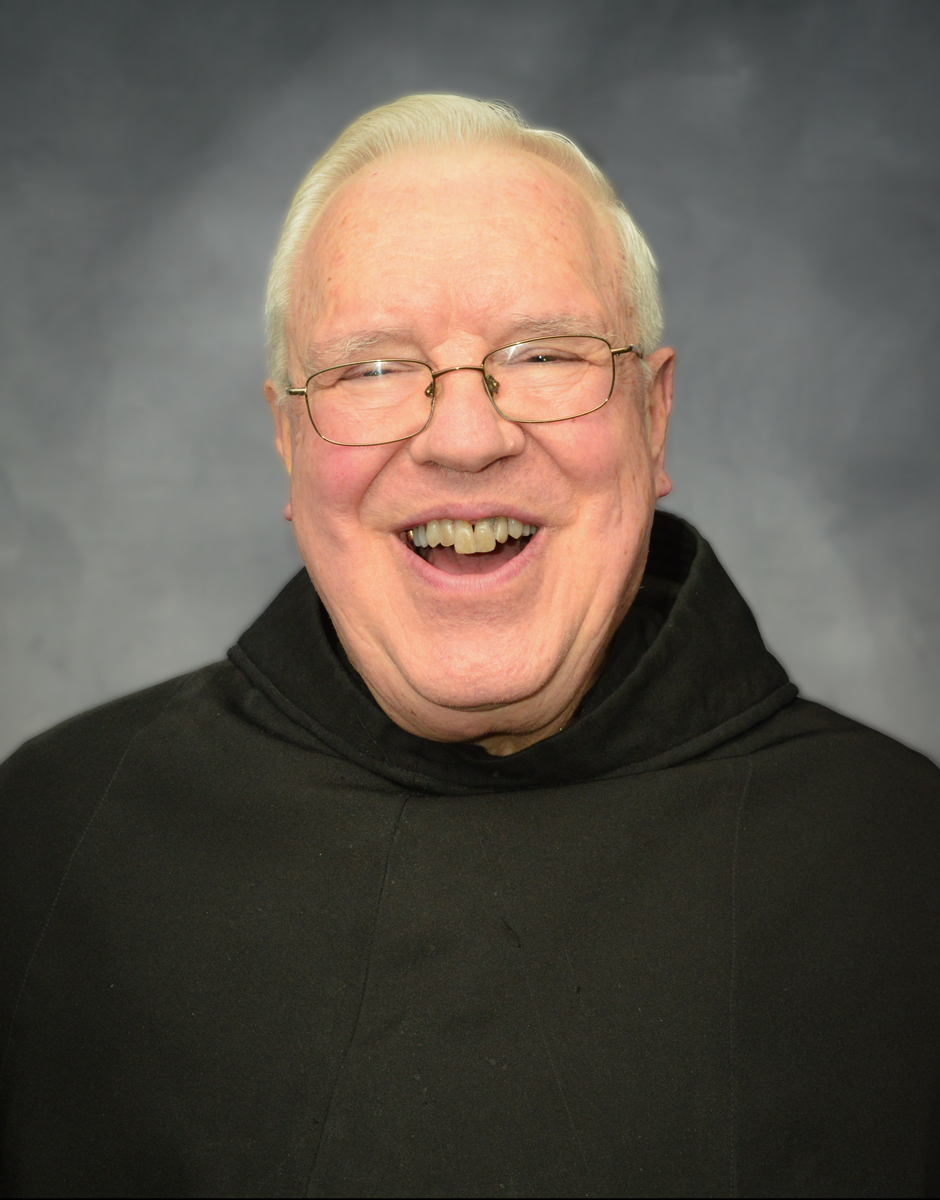 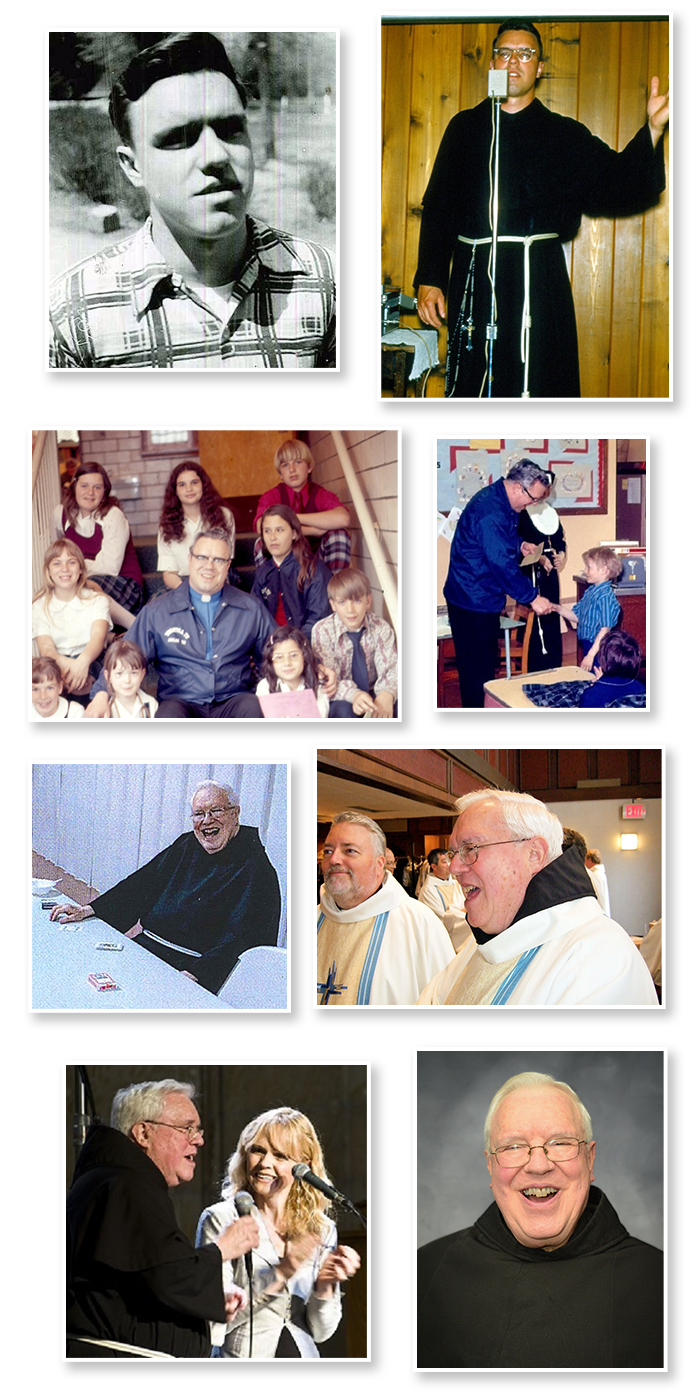 From his own deep treasure of talents and interests, and modeling his service on the example of the Good Shepherd, Franciscan Friar Pius Poff poured his generous heart into parish communities across the Midwest. He greeted all with a smile or a laugh, but for those in need he was always ready to listen, assist, or console. One Friar noted that “he was a pastor until he died, and active until about two weeks before his death. He gave it all and took nothing.”

Friar Pius Poff OFM Conv. died on March 16, 2022. He was born Robert Joseph to Julius and Catherine (Batliner) Poff on November 6, 1934. He was predeceased by his parents Julius and Catherine (Batliner) Poff; his brothers Carl and Bernard and brother-in-law, William E. Reed. He is survived by his sisters Mary Ann Reed and Kathy Wesson (John); brothers James (Charlotte) and Dennis (Rita); sisters-in-law, Betty Poff and Barbara Poff; several nieces and nephews, great-nieces and great-nephews; and loving extended family members.

After graduating from the minor seminary at Mount St. Francis, he entered the Conventual Franciscan novitiate in 1952. He professed Simple Vows on July 12, 1953, and Solemn Vows on July 14, 1957. He was ordained a priest on February 19, 1961, at St. Paul Cathedral in St. Paul Minnesota. After ordination, he served in pastoral ministry in Nebraska, Illinois, Wisconsin, Kentucky, Ohio, and Indiana.

“He loved his vocation, and he loved to be around people,” one of his sisters said. “He wanted to be a priest from the time he was a little boy. Even playing around the yard, he played the priest. He wanted to work until he died. He always said: ‘What else would I do?’”

He also shared his gifts within his Franciscan fraternity.

“Especially during our younger years of life, we all need a mentor – someone who knows and understands, who can point out the worst in us so we can become our best self before God and others,” a Friar said. “Fr. Pius was my mentor, and I’m sure I’m not alone. I’ll never forget a homily that he gave to us student friars in 1976. He was enjoying a much-deserved sabbatical, and gave living examples of mothers who had lost their children, holding them in their arms. He made the presence of Mary, our Sorrowful Mother so real for me. After hearing that homily, I thought to myself: ‘This is the kind of friar and priest I want to be!’”

Friar Pius was a competitive card player, ardent Notre Dame and IU fan, lover of the Kentucky Derby, and talented magician. He could be stubbornly tenacious, but not overbearing because of his ability to laugh at himself and take teasing from those around him.

“He always had a strong sense of faith in the direction the Lord was leading him,” a Friar said. “He was passionate about his faith, family, friends, religious life, and priesthood. He knew many people from all walks of life, but from the richest to the poorest, he treated everyone the same.”

There will be a Wake Service for Friar Pius on Wednesday, March 23, at 7 pm in the Chapel at Mount St. Francis. His funeral will be in the Chapel on Thursday, March 24, at 11 am, with interment following in the Friars’ cemetery. Memorial gifts may be sent to the Province of Our Lady of Consolation, Office of Mission Advancement, 103 St. Francis Blvd., Mount St. Francis Indiana 47146. For more details and pictures of Friar Pius’ life and service, please visit the Province website: franciscansusa.org