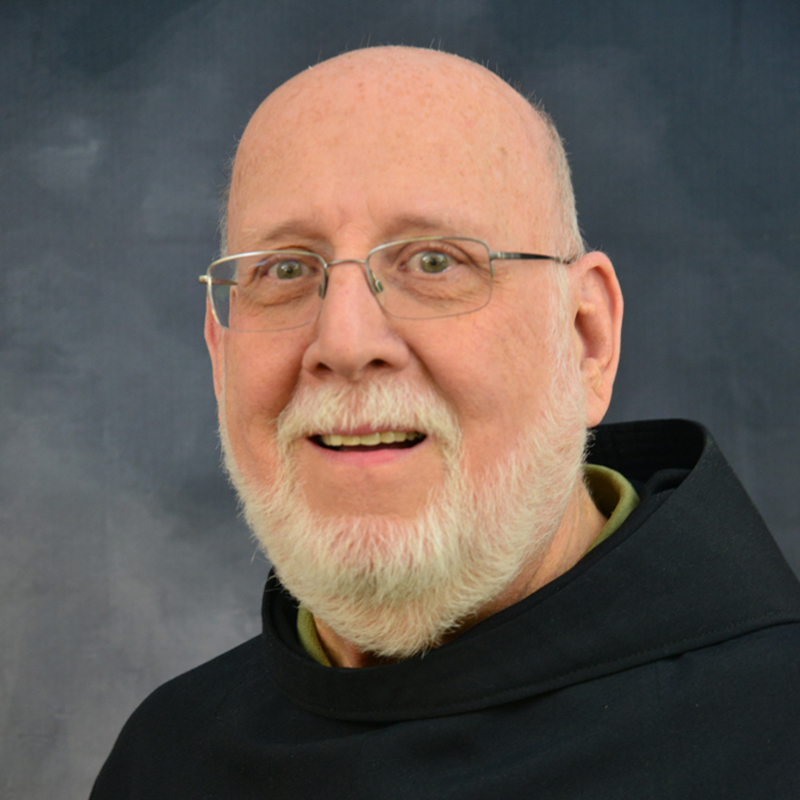 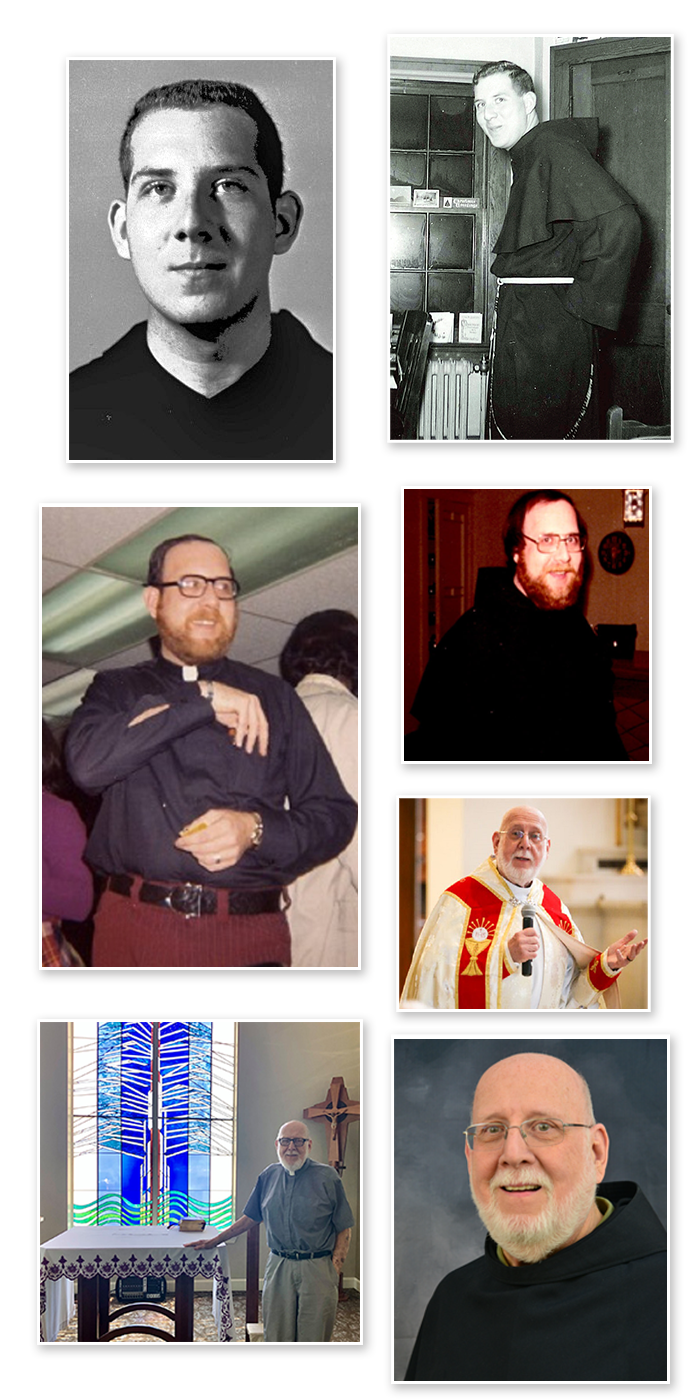 Fittingly, Friar Dismas Veeneman belonged to the Conventual Franciscan Province of Our Lady of Consolation – his special gift was consoling people in times of sorrow. He embodied the charism of Consolation, bringing Christ’s Peace to the bedside of a dying person, or the living room of a grieving family.

Friar Dismas died September 18, 2021, in Louisville, Kentucky. He was born Jerome John Veeneman in Louisville on February 20, 1942. He was predeceased by his parents, Joseph Aloysius and Virginia Marie (Ward) Veeneman, and his sister, JoAnn Marie Beatty. He is survived by his brother, Jude.

He graduated from St. Xavier High School in 1960 and later that year entered St. Anthony Novitiate in Angola, Indiana. He professed Simple Vows on July 13, 1961, at St. Anthony Church in Angola. He attended Our Lady of Consolation Seminary in Carey, Ohio, where he professed Solemn Vows on July 13, 1964. After graduation, he completed his studies for the priesthood at Assumption Seminary in Chaska, Minnesota, and was ordained on January 4, 1969, at St. Paul Church in Pleasure Ridge Park, Kentucky.

After serving briefly as both a hospital and prison chaplain, Friar Dismas entered pastoral ministry, which had been his life-long goal. He served in parishes in Terre Haute and Clarksville, Indiana; Ames, Iowa; and Louisville.

“He always wanted to be a priest, from the time he was eight-years-old,” Jude Veeneman said. “We all did everything we could to make sure that happened. He’s going to be greatly missed.”

Friar Dismas himself said that God did him a favor in guiding him to the Franciscans, because he found that he loved living in community with the other Friars. But, he added: “I’m not sure he did the other Friars any favor.”

“That was Dismas,” a Friar said. “He was self-deprecating and aware of his own foibles. He was a larger-than-life guy who filled the room. No matter how you felt about him, you couldn’t ignore him. He was a pastor who was always concerned for his flock, defending the least among them even if that meant rubbing others the wrong way.”

Traditionally, Dismas is the name of the ‘Good Thief’ who died on the cross next to Jesus. In honor of his patron saint, Friar Dismas kept a painting of St. Dismas on his office wall.

“He began his ministry working in a prison,” another Friar said. “That’s an important piece. He also had a lot of energy. And he was very generous – gifting was important to him, although he didn’t want gifts himself.”

A Friar who lived with him for three years said that people would joke about how difficult that would have been.

“I would laugh too, but he was the kindest person I’ve known,” the Friar said. “If you asked him for help, he would go a step beyond what you asked, or stop what he was doing to accompany you. Those are things I will always cherish.”

Visitation for Friar Dismas will take place from 9 to 11 am on Friday, September 24, at St. Paul Parish (6901 Dixie Highway, Louisville), followed by the Funeral Mass. There also will be a visitation from 6 to 7 pm on Monday, September 27, in the Chapel at Mount Saint Francis, Indiana, followed by a Wake Service. The Mass of Christian Burial will take place on Tuesday, September 28, at 11 am in the Mount Saint Francis Chapel, with interment in the Friars’ cemetery. Memorial gifts may be made to the Province of Our Lady of Consolation, 103 St. Francis Boulevard, Mount St. Francis, Indiana, 47146; or using the form on this page