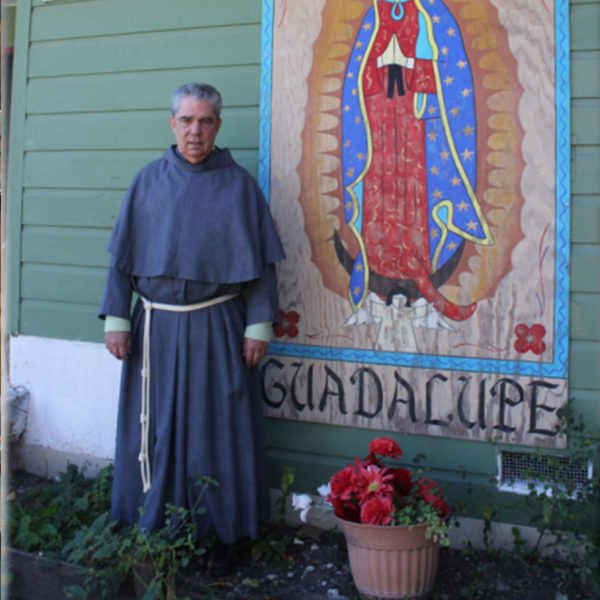 Friar Phil Ley is originally from Ft. Wayne, IN. After college, where he majored in Spanish, he spent two and a half years in the Peace Corps. The Peace Corps took him first to Puerto for training, then to Paraguay for several months, and then to Bogota, Colombia, for two years.

Upon returning to the United States, he met the friars through one of his brothers. He joined them a couple of years later. After completion of his theological studies, he professed solemn vows in August 1984. The next day he was ordained to the diaconate, and one month later, he was ordained to the priesthood.

Since then, he has served in St. Edward parish in Carlsbad, NM. In 1991 he was elected Custos of Our Lady of Guadalupe Custody and took up residence at Mt. Carmel Friary in El Paso until the Custody was reintegrated into the Province.
In 1994, his Provincial Minister asked him to go to Honduras for two years. Father Phil only stayed just one year in Honduras but then moved to El Salvador, where he stayed for six years.

Just two weeks after the murder of his friend, Dagoberto, he was also kidnapped. Fortunately, after taking the money, he had they let him go.

After returning to the United States, I spent three years in Angola, IN. Going to Angola was almost like being back in Latin America because of his work with the Hispanic communities there. From Angola, he moved to San Antonio, where after two years working in formation, he started a shelter for immigrants. He has continued his involvement and management of the Posada Guadalupe Shelter House for almost 15 years.