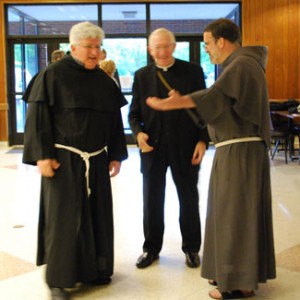 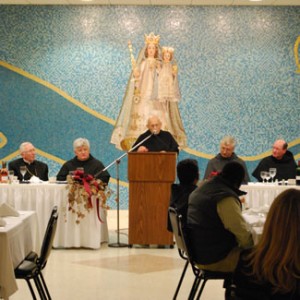 More than 60 friars from the Province of Our Lady of Consolation and from other provinces in the United States joined in the celebration.

Friars and friends gathered for a dinner Saturday evening where Fr. Berard Marthaler, OFM Conv., gave a presentation about Fr. Aloys Fish – the first Conventual Franciscan pastor for the Shrine (serving from 1912 to 1929).

Friars vesting in the Old Church 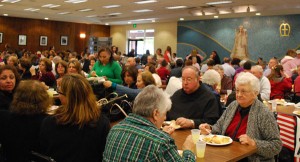 Pilgrims enjoyed the reception in the Shrine Cafeteria.

We Welcome Our Newest Honorary Members of the Franciscan Order